Back to all posts

Royals Next Door is a new animated comedy series about a royal family who decide to downsize and live a 'normal' life. The series produced by Finnish-Spanish studio Pikkukala, together with Ireland’s Ink and Light and Belgium’s Walking the Dog, premiered on RTÉ last November. The 52-episode comedy series for kids 7-12 was created by Veronica Lassenius.

I had so much fun in the recording studio voicing Mrs. Oh (and some other smaller roles). The show is back on RTÉ 2 at 9.10am on weekday mornings with new episodes.

You can also watch the show on the RTÉ player on their site and through the app. 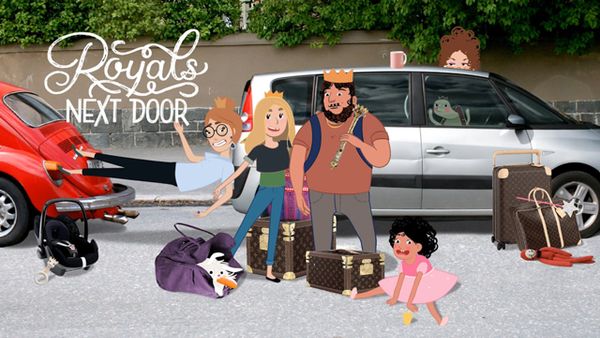